What is True About Oxygen

most of the earth’s life forms, oxygen is the single most vital element. You can survive without the carbon and nitrogen in foodstuffs for weeks and can go days without drinking water, but just a few minutes without oxygen can end your life. The relationship between organism, environment and oxygen is well understood.

The way living things exchange gases with their environment is known as respiration. Animal respiration takes place using specialized structures such as lungs or gills. Breathing, moves air into the lungs, which exchanges oxygen for carbon dioxide in the blood. In the bloodstream, oxygen binds to hemoglobin molecules, which transport the oxygen to the various cells of the body.

Oxygen in Our Bodies 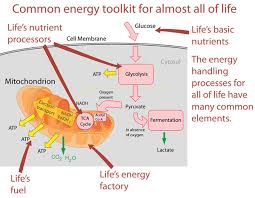 Breathing is known as “aerobic respiration” is one of two forms of cellular respiration, which ALL LIVING cells carry out; the other is “anaerobic respiration”. Breathing (aerobic respiration) takes place in the presence of oxygen. Sugar(glucose) liberated from carbohydrate, fats, or protein enters cells from the bloodstream and is broken down in a series of reactions collectively called “glycolysis”. These reactions result in the production of “pyruvate”, which then enters cell organelles known as mitochondria. Here, the pyruvate enters the TCA or citric acid cycle, which culminates in something called the electron-transport chain. This chain relies on oxygen for the production of energy in the form of adenosine triphosphate, or ATP. In other words, without Oxygen, our bodies could not produce energy, and without energy, our bodies could not restore or maintain healing, brain or nerve function.

What is Hyperbaric Oxygen Therapy (HBOT)

Hyperbaric Oxygen Therapy is the medical use of oxygen in a pressurized environment, at a level higher than 1 atmosphere absolute (ATA). Increased pressure allows oxygen to dissolve and saturate more effectively in the blood system, primarily the plasma, which yields a broad variety of positive physiological, chemical and cellular effects. This non-invasive therapy is the most trusted way to increase oxygen levels to all organs of the body. The typical treatment lasts for 60-90 minutes, during which the patient lies down and breathes normally. One session of HBOT increases the oxygenation of the blood system by 50 percent and is equivalent to 14o0 mg of Motrin without the toxicity. Not only will this increase “energy” on the cellular level, it also increases precursor cells known as “stem cells”. Stem cells are responsible for production of new tissue including: Bone, Nerve, Skin, Liver, and every tissue in the body.

So What Does That Mean for Your Body? 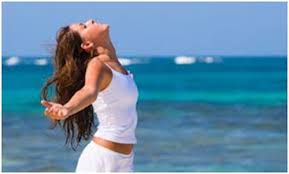